Interview and Body Language Mistakes That Can Cost You the Job 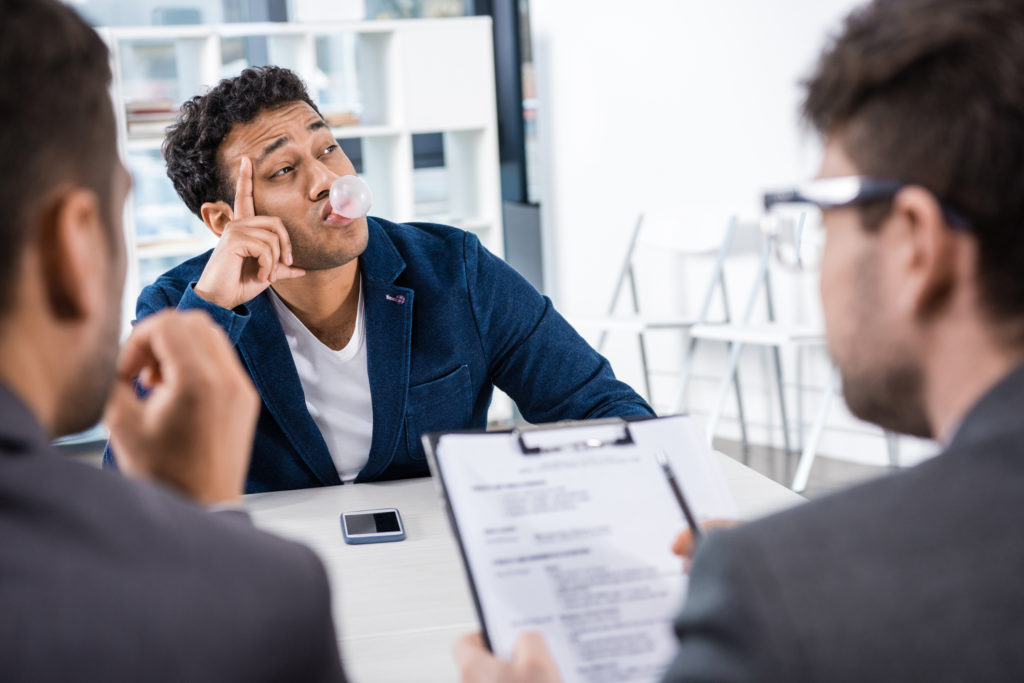 Almost half of employers (49 percent) know if a candidate is a good fit for the job within the first five minutes of an interview. That’s according to a new survey by CareerBuilder that asked employers about the most memorable interview mistakes candidates have made.  These employers had plenty to say about the sometimes hilarious, often cringe-worthy things candidates have done or said during an interview.

The survey asked hiring managers and human resource representatives about the oddest or most bizarre things candidates have done during an interview and their answers are pretty entertaining:

No one expects you to be perfect in an interview. But there are a number of things employers say are instant deal breakers:

From the handshake when you meet the hiring manager to the way you sit during the interview, your body language can communicate a lot about you. Here are some body language blunders that employers say can tank your chances of landing the job:

Are you looking for a new job in accounting or finance?

Get help with your job search from the experts at Burchard & Associates. We will learn what you’re looking for in your next career move and work to find you a job that fits your goals. Contact us today to get started or search our available jobs.